What Does Technological Unemployment Mean For The Future?

When it comes to vocabulary, one of the scarier words in the English language is unemployment. People who want to provide for themselves and their families know that paychecks make that possible. In fact, so much depends on receiving that regular income that just the thought of a job loss is downright terrifying.

Quick Navigation
Nobody Likes to Lose a Job to a Machine
Blame the Tech Upgrades on Capitalism
A Real-Life Tech Unemployment Scenario
Is Human Obsolescence Even Possible?
Dynamic: Self-sufficiency

Nobody Likes to Lose a Job to a Machine

People lose their jobs for many reasons. Often, the losses are temporary, and the jobs will come back when conditions improve. However, when the job losses are due to the introduction of new technology, those losses become permanent. Sometimes, employees may be given the opportunity to transfer to other positions within companies. Most employers hate to lose good employees and will try to find a position for them whenever possible. Even so, technological upgrades will still result in some employees looking for new jobs. 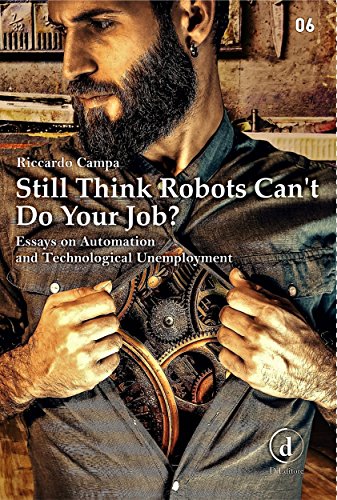 Blame the Tech Upgrades on Capitalism

Let’s say you are the CEO of a publicly traded company. Sales, earnings and salaries are all good. The employees are happy. The turnover rate is low. So, as CEO, what is your incentive to make a cost-saving and profit-improving tech upgrade? In a publicly traded company, the answer is simple. It is to make or keep the stockholders happy. The stockholders want the company to be as profitable as possible to improve its valuation in the stock market. They hired you to make them money, and you need to deliver.

As CEO, you may not like making these tech upgrades. Maybe you don’t like putting people out of work. Maybe you don’t think the return justifies the investment. Maybe you just don’t think it’s necessary. It doesn’t matter because, if you don’t try to squeeze every bit of earnings out of the company, you can count on losing your job. You can get fired by:

Welcome to Capitalism, the driving force that replaces people with technology to improve efficiency and profitability. Would some other economic system work better than capitalism? To paraphrase what is presumably a Dutch proverb, “Capitalism isn’t the best economic system, but it’s way ahead of whatever is in second place.”

You could say that, if it wasn’t for Capitalism, the problem of tech unemployment might not exist, at least not at its current level. Unfortunately, that evil Capitalism which puts people out of work is the same Capitalism responsible for the development of all those high-tech devices that we can’t seem to live without.

There are plenty of ways to illustrate the process of tech unemployment. We could start with someone making tools out of bronze during the Bronze Age and demonstrate tech unemployment that occurred, in stages, between then and the heavily computerized machine shops of today. Instead, however, let’s pick a more contemporary technology.

In the late 1950s and early 1960s, IBM began marketing a new line of mainframe computers designed to handle the administrative aspects of a business. The purpose of these computers was to automate many of the functions that took a great deal of manual effort, like inventory control, order entry, billing and payroll. Even though the technology was new and had amazing capabilities, it did not create any tech unemployment. The computers needed to be programmed and operated but those skills weren’t available anywhere. The solution was to train qualified in-house employees to fill those positions. Those employees were trained to write programs and build those first systems. If anything, there may have been a slight increase in employment because, while those employees were building the new computer systems, their old day-to-day jobs still needed to be filled.

In the next phase, there were people coming out of colleges and technical schools as programmers and computer operators. This is when the technological unemployment stage of Informational Technology started. Slowly but surely, manual systems using ledgers, file cards, manual calculators and comptometers were converted to computers. As each conversion was completed, the workforce shrunk. Tech unemployment in IT was beginning to pick up speed. 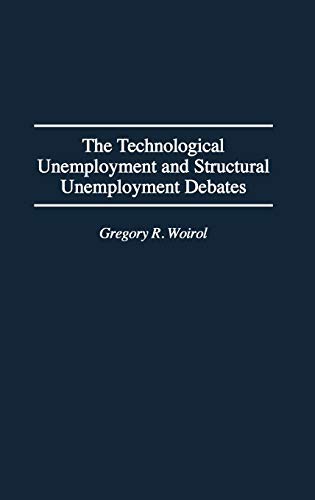 Computers next evolved to the point that, instead of data being fed to the computers on punched cards, the employees used terminals at their desks. Business processes became more efficient. Furthermore, the speed and flexibility of computers made possible the development of new processes that would have been inconceivable back in the days when everything was done manually. Tech unemployment was still at work but, instead of the tech professionals being laid off, they remained in the company and developed higher level computer software.

Then came Y2K. It cost many billions of dollars, but it left the companies with leaner IT departments running better software. In a sense, the changes that solved the Y2K crisis amounted to a massive technological change, but what happened to the employees who were cut loose? Many of them had started working in the 1950s and 1960s and were old enough to retire, so the timing was perfect.

The next stop on the IT tech unemployment path was the Great Recession of 2008. There were massive layoffs in the ranks of the Information Technology. Those were mostly well-paying jobs, many of which paid over $50,000 to $60,000 per year. Many of those jobs were gone for good, the implication being that they were victims of tech unemployment. The jobs that did come back had overwhelming numbers of applicants. For the companies that were hiring, it was a buyers’ market. Employers offered positions at substantially lower salaries. Many of the unemployed refused to accept their old jobs at what they considered a severe pay cut. They hoped that they could eventually get comparable jobs at comparable pay before their unemployment compensation ran out. When it did run out, those old enough to retire grudgingly did so. Many of the others finally accepted the fact that their jobs weren’t coming back and took the best jobs they could get.

Fast forward to today. On the one hand, people are being encouraged to go to school to become coders (programmers) so that they can get good-paying jobs in Information Technology. On the other, we are being told that AI (Artificial Intelligence) is here and ready to be our servant.  Common sense would dictate that the day will come when AI makes system design and programming, as we know them, obsolete. Those future coders who are training for good-paying IT jobs will be future victims of tech unemployment. All that will be left of IT is people installing, upgrading and repairing hardware. The technological unemployment’s assault on IT will be virtually complete.

Is Human Obsolescence Even Possible?

Technology is not a commodity. It’s not like you wake up one morning and decide that you will go and make new technology. There is a long pipeline full of technologies coming our way. Some may fail in transit but act as the spark for other new technologies that will come along later. Some may arrive but fail because other technologies are better. The ones that survive the trip will likely require people to implement them and help them get a foothold. In other words, new technologies always create jobs, at least for a while.

A few challenges that come to mind would include colonizing our moon and Mars, interstellar space travel and developing real-world applications based on quantum mechanics. You can be certain that all these are already on peoples’ drawing boards. These huge long-term projects require a lot of research, effort and resources over a long period of time. They would contribute to our advancement as a species and could permit us to explore the universe.

As a species, our evolution could not have happened without an instinctive need to be self-sufficient. For the most part, people want to support themselves. If nothing else, it gives them a feeling of accomplishment. When dealing with the loss of a job, most people will actively go out and try to get a new one. It may not be a job they are familiar with, but that doesn’t matter. Despite the best efforts of technological unemployment to put us out of work, most of us will find something to do. 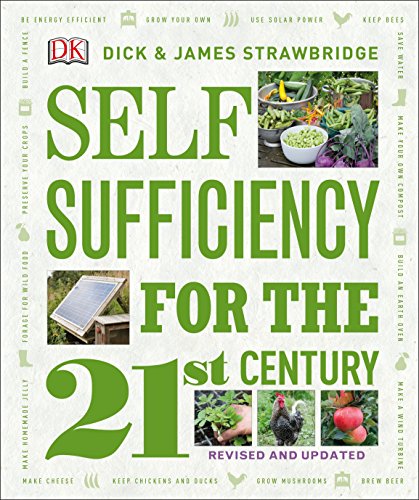 In the end, it all comes down to money. If money were not an issue, there would be no technological unemployment. The problem likely has more to do with the structure of our financial system than anything else. This would include the gold standard, multiple world currencies, the Federal Reserve Bank, other world banks and currency speculators.

This is a difficult puzzle to solve but solving it would change the face or our existence. Let’s hope someone has the intelligence to come up with a solution and the courage to execute it. We have some time, but no one knows exactly how much before technological unemployment becomes a fact.

Architects of Intelligence: The truth about AI...
Buy on Amazon

The Second Machine Age: Work, Progress, and...
Buy on Amazon

The Industries of the Future
Buy on Amazon